5 Never Have I Evers That Are Holding You Back 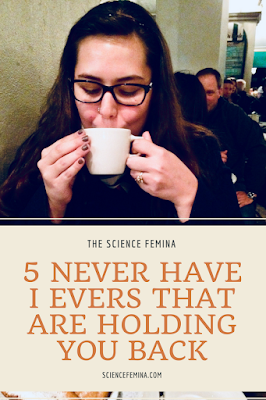 We're all familiar with the adrenaline rush of telling our deepest darkest secrets to friends or potential matches on dating sites.

Therefore in the spirit of getting to know one another, I thought that we could play. In by play, I mean that I'll supply the questions and my answers to them; and, you can reply in the comments to questions that you liked, found interesting, etc. Also be sure to share the post with your friends and have them join in on the fun.

I've quit a lot of things in my lifetime. This first major activity that I quit was volleyball, right before the start of my sophomore year in high school. A newly hired coach decided that players could not participate in other school activities during the season. After complaining to the sports coordinator, she allowed me to try out; however, I quit shortly after and focused on marching band.

Ironically, before the start of my senior year, I quit marching band as well. This wasn't due to conflict and confrontation, but because I wanted to have the freedom to spend time with my friends and pursue other activities my senior year.

Needless to say, there are two types of "quitting". Quitting because you don't want to confront or resolve a situation and quitting because there are other opportunities to pursue. During my time in academia, both in the position as an instructor and a student, I've found that quitting due to uncomfortable situations are consistently present. Whether it's dealing with students who are constantly arguing with you and acting out or due to subjects that I struggle with, I am constantly reminded that quitting could very well be an option.

However, what differentiates me from my peers is that when I was in undergrad, I never let quitting be a resolution to a situation or problem. While at UC Santa Cruz I saw countless classmates change majors because they perceived something as being unachievable and quit before they even began. I was by no means the smartest person in my class, but I was the most determined, and that will to achieve and to persist is what carried me through to graduation.

I almost named this post Science is the Art of Failure, but when I began to debate the title I realized that you probably don't want to read a post designated for failure. So here we are and now I'm going to briefly discuss failure. Promise.

You're probably asking yourself how did I fail in undergrad, and, furthermore, how did I make it into graduate school with said failures? Well, my sophomore year I failed Organic Chemistry and then my junior year I failed Biochemistry. These were pretty big failures in that they were upper-division classes closely related to my major, not to mention it made me question my ability to be a chemistry major. Although I failed to learn enough material on these subjects, I did learn about life.

Failure reveals how we perceive ourselves and how we talk to ourselves. When you fail, are you encouraging yourself to get up and give it another try or are you belittling yourself and your abilities? When I failed these classes, deep down I wanted to revert to Never Have I Ever #1. Quit. Thankfully, I didn't. Thankfully I chose to encourage myself and to dust my failure off and give the classes a second try. Eventually, I attempted the classes again, learned from my past mistakes, and passed the classes with flying colors. However, most importantly I learned something about myself, that failure isn't an end all be all and that quitter wasn't an adjective associated with my name.

Failure doesn't have to be an ending, in fact, failure can often lead you to more advantageous places than success. What's most important to remember about failure in college, and in science, is that failure only defines you if you don't get up and try again.

I've never been one of those people that always knew exactly what they wanted to be when they grew up. In high school, I wanted to be a Sign Language Interpreter, then my senior year I wanted to be a doctor. Once I graduated high school my parents convinced me to go into nursing, then I changed my major to biology because nursing wasn't going in-depth enough, then I decided to major in Biochemistry & Molecular Biology. Eventually, Biochemistry & Molecular Biology stuck and I graduated with my B.S.

All of this change, or dare I say evolution, of my majors in college are not something I am ashamed of, and you shouldn't be ashamed if you have no idea what you want to do with your life. It took my boyfriend 8 years to find and finish a degree that he liked. Similarly, it took me a little under 6 years to find and finish a degree that I liked. On the other hand, it took my sister 5 years to finish a degree she knew she wanted since the age of 15. And I'm here to tell you that all of these paths are great! Why? Because all of us completed our goals. All of us have college degrees in something we love. All of us went on to amazing careers, medical school, or graduate school.

College isn't a race, your degree doesn't have a "years completed in" clause. Moreover, if you think about college as a race, you're more than likely going to get discouraged seeing your friends and acquaintances graduating before you and burn out due to it.

Oh, the coveted having your life together compliment.

Writing for this blog may give you a certain perception that I have my life together. You can look at my introduction and find that I graduated from a prestigious university with a science degree, I'm in graduate school, I teach university courses, and I help graduate students write their theses and dissertations. However, I'm far from having it all together. Most days I walk into my lab (or work) and spend a good couple of hours trying to get my life and class prep situated, all while internally freaking out that my to-do list is now a to-do notebook.

In all honesty, I would love for someone to show me an adult that has their life completely together. And I'm sorry, but dead people don't count. This perception of having one's life together is complete nonsense. Besides embrace the craziness of your passions.

5. Never have I ever... let someone stop me from pursuing my dreams.

Pursuing my dreams hasn't always been easy. When I first started undergrad my parents often convinced me to find a simpler field, such as nursing or being a medical lab tech, something that would only take 2 years of college. They constantly told me how long and brutal going to a university would be, how I would have to study really hard and give up years of my life to get a single degree.

Similarly, a counselor at the community college that I attended told me that if I applied when I planned to, that I wouldn't be accepted into any universities that cycle. He told me that with the major I intended to have, that I would need to spend another year at the community college to even be a competitive applicant. I decided to apply to a small group of UC's that year, against his advice. Thank goodness I did because I was admitted into UC Santa Cruz for the upcoming year in one of the most exclusive majors.

If I listened to my parents, if I let them convince me to change my path, I wouldn't be where I am now. If I listened to that college counselor and delayed another year I wouldn't have graduated and made the connections that I have now. I wouldn't be writing this blog telling you that if I can do it, so can you. There will always be people telling you that you're doing something impossible, but it's not impossible. People become doctors, writers, scientists, professors, engineers, politicians, and activists that's how we have these people to look up to. Imagine if they stopped pursuing their dreams. So don't stop pursuing yours.
Labels: Self Help
Location: Fresno, CA, USA 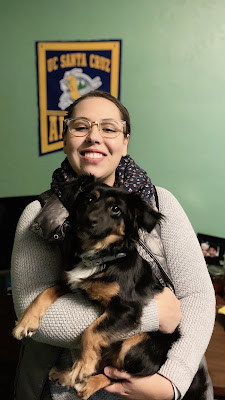 Proposal Block? Here’s a Quick Guide to Overcoming One 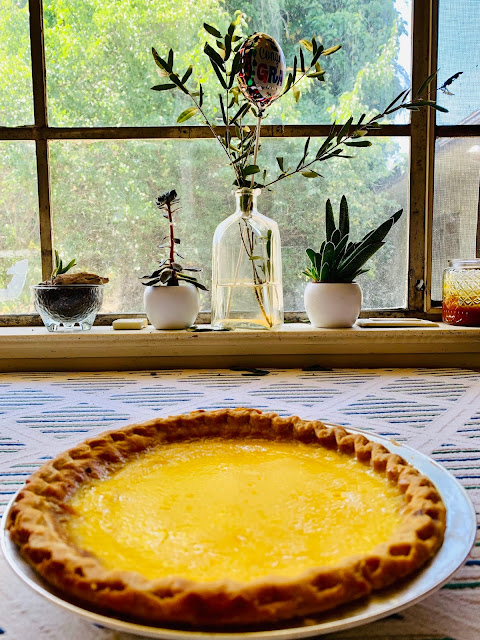 The Science Femina
Tess is a Master's Candidate at Fresno State where her research focuses on STEM Education and the facilitation of lab curriculum from traditional to inquiry-based approaches. Along with her research she is an active advocate for women and minorities in higher education and academia.